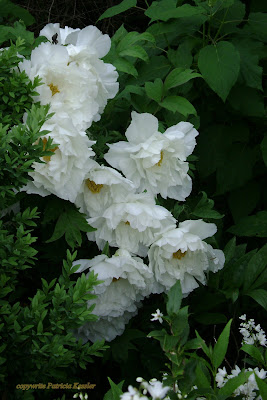 "I think it's so important....Many times, kids can only express themselves through art...Everything cannot be paper, pencil, regurgitating information."
Priscilla Barrow,
"For Opera's Tweet Gift, the Plot Quickens", by Anne Midgette
Washington Post, May 20, p. C5

Briefly, Priscilla Barrow, a DC public school music teacher of renown and enterprise wins a fairy tale prize...a seat at the final performance of The Washington National Opera's Turandot and a trip to the Opera Ball at the German Embassy dressed in a gown provided by the opera' costume designers.

The contest that Ms. Barrow did not participate in was won by Stephen Llewellyn of Portland Oregon, a man that she had never met. The prize that he won was the result of a contest created by Marcia Adair (The Omniscient Mussel) on Twitter. The challenge: to tweet opera plots! Llewellyn was one of the winners and chose the select Opera Weekend Prize. He decided that he wanted an arts educator to be the final recipient of the reward and then found the right person to bestow it on, a 22-year veteran elementary school music teacher!
rewards Twitter 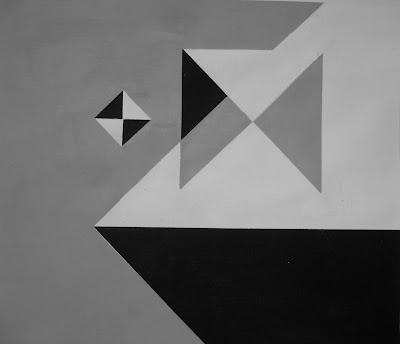 It is always amazing to me the results that students can obtain with very inexpensive brushes and paints.
This design exercise and the color work that the students are doing now is executed in children's tempera paint.  If applied in several thin layers, the surface is flat and chalky.  A simple but elegant surface. 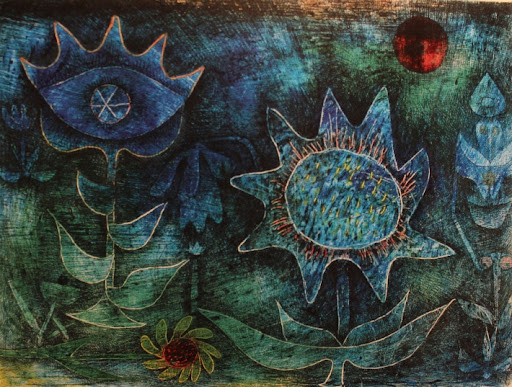 The Nature of Things

Time can cause one to change in both positive and negative ways.  A blizzard can also provide time for introspection.  While I have "quit" this blog and also no longer teach a section of 2-D design at Montgomery College, I read a comment by Paul Klee today that made me reflective.

"Make your pupils acquainted with nature, let them see how a butterfly becomes a butterfly, so that they may learn to be as rich and versatile and original as nature itself."

Klee was a great teacher and a prolific artist.  The myriad colors, and the repeating geometric forms that he frequently combined with sharp lines were essentially abstractions that rendered the simplification of naturalistic forms.  He sought out nature for inspiration.


The following images are student works from a few years ago.  They had learned about pattern making and also the qualities of line and shape.  In this exercise they created patterns using biomorphic shapes.

Along the banks of rivers

What will we do when we no longer have a supply of fresh water?  For many in the world obtaining the minimum amount of water for daily usage is a constant struggle.  Soon many more of us will find that this will become our communities' most critical challenge.

Since the 1960's artists from all corners of the earth have been engaged in activist, collaborative and ecological aesthetics. A brieflist includes: Helen Mayer Harrison and Newton Harrison,Mary Miss, Betsy Damon, Basia Irland, Navjot Altaf, Patricia Johanson, Susan Jennings, Jaanika Peerna, Maya Lin and Simon Starling.  Museums such as the Hudson River Museum and the Indianapolis Museum of Art's FLOW White River Festival celebrate and point to the need to protect waterways.  Was it last year that the city of Boulder, CO celebrated their Ditches throughout the community including works by 40 local artists? (Note that you can click on names to learn more).